Four Undocumented Teenagers, One Ugly Robot, and the Battle for the American Dream

In 2004, four undocumented Latino teenagers arrived at the Marine Advanced Technology Education Robotics Competition at the University of California, Santa Barbara. No one had ever suggested to Oscar, Cristian, Luis, or Lorenzo that they might amount to much—but two inspiring science teachers had convinced these kids from the desert who had never even seen the ocean that they should try to build an underwater robot. They were going up against some of the best collegiate engineers in the country, including a team from MIT. This was never a level competition, and yet, against all odds . . . they won! But this is just the beginning for these four, whose story will go on to include first-generation college graduations, deportation, bean-picking in Mexico, and service in Afghanistan. Joshua Davis’s Spare Parts is a story about overcoming insurmountable odds and four young men who proved they were among the most patriotic and talented Americans in this country—even as the country tried to kick them out.

“Spare Parts is an unforgettable tale of hope and human ingenuity. Joshua Davis offers a moving testament to how teamwork, perseverance, and a few good teachers can lift up and empower even the humblest among us.”—Héctor Tobar, author of Deep Down Dark

“It’s the most American of stories: how determination and ingenuity can bring triumph over long odds. There are too few stories like these written about Latino students. Poignant and beautifully told, Spare Parts makes you feel their frustration at the obstacles and indignities faced by Cristian, Lorenzo, Luis, and Oscar—and to cheer as they rise to overcome each one of them.”—Sonia Nazario, author of Enrique’s Journey

“This is important reading . . . Young adults will benefit from from reading and discussing this realistic, eye-opening chronicle . . . Davis pulls no punches as he describes the grim sociopolitical atmosphere that allows the oppression of talented people for no morally acceptable reason. The four young inventors and their struggles helped spur the DREAMers movement.”—Donna Chavez, Booklist (starred review)

“A gratifying human interest story that calls attention to the plight and promise of America’s undocumented youth.”—Library Journal

“Davis takes what could have been another feel-good story of triumphant underdogs and raises the stakes by examining the difficulties of these young immigrants in the context of the societal systems that they briefly and temporarily overcame.”—Publishers Weekly 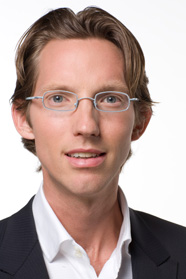 Joshua Davis is a contributing editor at Wired, co-founder of Epic magazine, and the author of The Underdog, a memoir about his experiences as an arm wrestler, backward runner, and matador. He has also written for The New Yorker, and his writing is anthologized in The Best American Science and Nature Writing and The Best Technology Writing. He lives in San Francisco, California.

Spare Parts has been adopted for more than forty First-Year Experience programs: 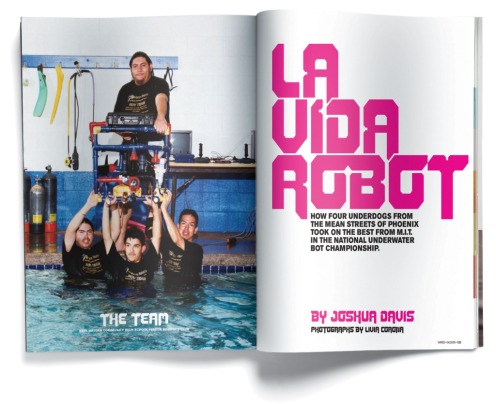 Josh Davis first wrote about the Carl Hayden Community High School Falcon Robotics Club for WIRED magazine in April 2005. You can read his article and see accompanying photos in the WIRED archives online:

La Vida Robot: How four underdogs from the mean streets of Phoenix took on the best from M.I.T. in the national underwater bot championship

Read Josh Davis’ New York Times Op-Ed on the financial, legal, and logistical obstacles that many bright, driven, and hard-working students face because, like Cristian, Lorenzo, Luis, and Oscar, they are undocumented:

“Underwater Dreams, narrated by Michael Peña, and written and directed by Mary Mazzio, chronicles the true story of how the sons of undocumented Mexican immigrants learned how to build underwater robots. And go up against MIT in the process.”

Learn more about the film at underwaterdreamsfilm.com. To find out how to order the film for educational or community group screening, please visit the production company’s website, 50Eggs.com.

“Spare Parts is a true life story about four Hispanic high school students who form a robotics club under the leadership of their school’s newest teacher, Fredi (George Lopez). With no experience, 800 bucks, used car parts and a dream, this rag tag team goes up against the country’s reigning robotics champion, MIT. On their journey, they learn not only how to build a robot—they learn to build a bond that will last a lifetime.”—Pantelion, LLC 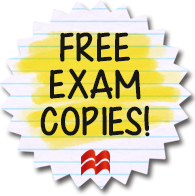