“Factfulness by Hans Rosling, an outstanding international public health expert, is a hopeful book about the potential for human progress when we work off facts rather than our inherent biases.”

When asked simple questions about global trends—what percentage of the world’s population live in poverty; why the world’s population is increasing; how many girls finish school—we systematically get the answers wrong. So wrong that a chimpanzee choosing answers at random will consistently outguess teachers, journalists, Nobel laureates, and investment bankers. In Factfulness, Hans Rosling, together with his two long-time collaborators, Anna and Ola, offers a radical new explanation of why this happens. They reveal the ten instincts that distort our perspective—from our tendency to divide the world into two camps (usually some version of us and them) to the way we consume media (where fear rules) to how we perceive progress (believing that most things are getting worse). Our problem is that we don’t know what we don’t know, and even our guesses are informed by unconscious and predictable biases. It turns out that the world, for all its imperfections, is in a much better state than we might think. That doesn’t mean there aren’t real concerns. But when we worry about everything all the time instead of embracing a worldview based on facts, we can lose our ability to focus on the things that threaten us most. Factfulness is an urgent and essential book that will change the way you see the world and empower you to respond to the crises and opportunities of the future.

Hans Rosling was a medical doctor, professor of international health and renowned public educator. He was an adviser to the World Health Organization and UNICEF, and co-founded Médecins sans Frontières in Sweden and the Gapminder Foundation. His TED talks have been viewed more than 35 million times, and he was listed as one of Time Magazine’s 100 most influential people in the world. Hans died in 2017.

Ola Rosling  and Anna Rosling Rönnlund, Hans’s son and daughter-in-law, are co-founders of the Gapminder Foundation. They have both received international awards for their work.

Factfulness has been adopted for First-Year Experience programs at:

“Re-envisioning disability as power and silence as singing, Kaminsky has created a searing allegory precisely tuned to our times, a stark appeal to our collective conscience.”

Deaf Republic opens in a time of political unrest in an occupied territory. Though it is uncertain where we are or when, in what country or during what conflict, we recognize that it could be Russia, or more likely the United States. When soldiers breaking up a protest kill a deaf boy, Petya, the gunshot becomes the last thing the citizens hear—in that moment, all have gone deaf. Inside this literal and metaphorical silence, their dissent becomes coordinated by sign language. The story then follows the private lives of townspeople encircled by public violence, including the brash Momma Galya, instigating the insurgency from her puppet theater, and Alfonso and Sonya, a newly married couple expecting their child. These poems link together into a cohesive narrative that unfolds episodically, like a play. Drawing from Ilya Kaminsky’s own experience growing up deaf in the former Soviet Union, Deaf Republic confronts our time’s vicious atrocities and our collective silence in the face of them. 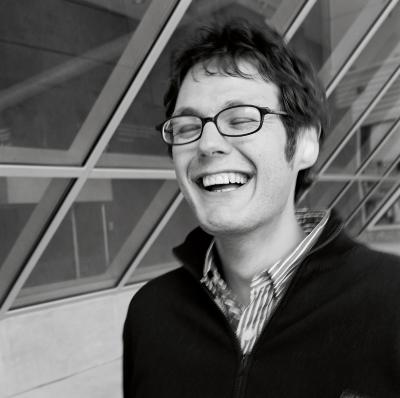 Ilya Kaminsky was born in the former Soviet Union and is now an American citizen. He is the author of a previous poetry collection, the award-winning Dancing in Odessa, and co-editor of The Ecco Anthology of International Poetry. He was a 2014 finalist for the Neustadt International Prize for Literature, and has received numerous honors, including a Whiting Award, a Lannan Literary Fellowship, and a Guggenheim Fellowship. His work has been translated into more than twenty languages. Lydia Quixano Perez lives in the Mexican city of Acapulco. She runs a bookstore. She has a son, Luca, the love of her life, and a wonderful husband who is a journalist. And while there are cracks beginning to show in Acapulco because of the drug cartels, her life is, by and large, fairly comfortable. Even though she knows they’ll never sell, Lydia stocks some of her all-time favorite books in her store. And then one day a man enters the shop to browse and comes up to the register with four books he would like to buy—two of them her favorites. Javier is erudite. He is charming. And, unbeknownst to Lydia, he is the jefe of the newest drug cartel that has gruesomely taken over the city. When Lydia’s husband’s tell-all profile of Javier is published, none of their lives will ever be the same. Forced to flee, Lydia and eight-year old Luca soon find themselves miles and worlds away from their comfortable middle-class existence. Instantly transformed into migrants, Lydia and Luca ride La Bestia—trains that make their way north toward the United States, which is the only place Javier’s reach doesn’t extend. As they join the countless people trying to reach el norte, Lydia soon sees that everyone is running from something. But what exactly are they running to? Jeanine Cummins is the author of three books: the novels The Outside Boy and The Crooked Branch and the bestselling memoir A Rip in Heaven. She lives in New York with her husband and two children.

Dispatches from Turkey, Syria, and Iraq

“Glidden’s clean, spare cartoons take a behind-the-scenes approach. Readers expecting a book about the region and its recent history may be surprised at how many pages are taken up with heartfelt conversations on the theme, ‘What is journalism?'”

Cartoonist Sarah Glidden accompanies her two friends—reporters and founders of a journalism non-profit—as they research potential stories on the effects of the Iraq War on the Middle East and, specifically, the war’s refugees. Joining the trio is a childhood friend and former Marine whose past service in Iraq adds an unexpected and sometimes unwelcome viewpoint, both to the people they come across and perhaps even themselves. As the crew works their way through Turkey, Iraq, and Syria, Glidden observes the reporters as they ask civilians, refugees, and officials, “Who are you?” Everyone has a story to tell: the Iranian blogger, the United Nations refugee administrator, a taxi driver, the Iraqi refugee deported from the U.S., the Iraqis seeking refuge in Syria, and even the American Marine. Painted in her trademark soft, muted watercolors and written with a self-effacing humor, Rolling Blackouts cements Glidden’s place as one of today’s most original nonfiction voices.

Sarah Glidden is the author of How to Understand Israel in 60 Days or Less, published in 2010 and translated into five languages. Glidden’s work has appeared in various newspapers and magazines and anthologized in The Best American Comics. She lives in Seattle, Washington. “Powerfully transmits the hope and despair of Egypt’s Tahrir Square generation . . . One of the defining novels of the Arab Spring.”

The City Always Wins is a novel from the front line of a revolution. Deeply enmeshed in the 2011 uprising in Tahrir Square, Mariam and Khalil move through Cairo’s surging streets and roiling political underground, their lives burning with purpose, their city alive in open revolt, the world watching, listening, as they chart a course into an unknown future. They are—they believe—fighting a new kind of revolution; they are players in a new epic in the making. From the communal highs of night battles against the police to the solitary lows of post-revolutionary exile, Omar Robert Hamilton’s bold debut cuts to the psychological heart of one the key chapters in the twenty-first century. Arrestingly visual, intensely lyrical, uncompromisingly political, and brutal in its poetry, The City Always Wins is a novel not just about Egypt’s revolution, but about a global generation that tried to change the world. Omar Robert Hamilton is an award-winning filmmaker and writer. Based in Cairo and New York, he has written for The Guardian, the London Review of Books, and Guernica. He is co-founder of both Mosireen, a Cairo media collective formed in 2011, and the Palestine Festival of Literature.

END_OF_DOCUMENT_TOKEN_TO_BE_REPLACED An Untouchable Family and the Making of Modern India

“In this unsentimental, deeply poignant book, Sujatha Gidla gives us stories of her family and friends in India . . . Ants Among Elephants gives readers an unsettling and visceral understanding of how discrimination, segregation, and stereotypes have endured throughout the second half of the 20th century and today.”

Like one in six people in India, Sujatha Gidla was born an untouchable. While most untouchables are illiterate, her family was educated by Canadian missionaries in the 1930s, making it possible for Gidla to attend elite schools and move to America at the age of twenty-six. It was only then that she saw how extraordinary—and yet, how typical—her family history truly was. Her mother, Manjula, and uncles Satyam and Carey were born in the last days of British colonial rule. They grew up in a world marked by poverty and injustice, but also full of possibility. In the slums where they lived, everyone had a political side, and rallies, agitations, and arrests were commonplace. The Independence movement promised freedom. Yet for untouchables and other poor and working people, little changed. Page by page, Gidla takes us into a complicated, close-knit family as they desperately strive for a decent life and a more just society. A moving portrait of love, hardship, and struggle, Ants Among Elephants is also that rare thing: a personal history of modern India told from the bottom up. Sujatha Gidla was born an untouchable in Andhra Pradesh, India. She studied physics at the Regional Engineering College, Warangal. Her writing has appeared in The Oxford India Anthology of Telugu Dalit Writing. She lives in New York and works as a conductor on the subway.